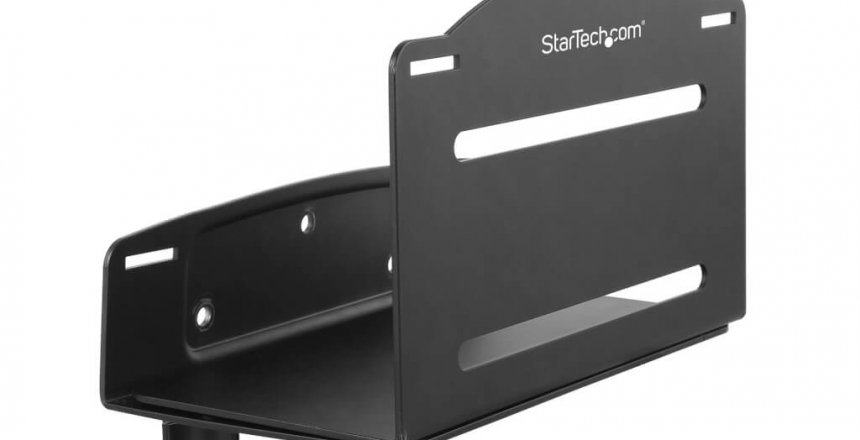 A side of computing that is rarely talked about is what to do with the desktop or tower PC case? If you have them on the floor, it reduces the amount of space you can use, so why not use a wall mounting bracket to put it on the wall?

Startech sell a wall bracket if your computer is between 4.8in and 8.3in thick and up to 10kg in weight, which enables you to securely strap your desktop to a wall to conserve space and maybe hide it behind the monitor. The cheapest is on Amazon for £36.25

If you have a Mini PC such as a NUC or Mini ITX  or even a Mac Mini, Maclean have a universal VESA mount that allows you to mount the computer under a desk, or between the monitor and a wall or desk mount so the computer is hidden from view.

In the iMacs prior to 2012, as well as the LED Cinema and Thunderbolt displays, the stand could be removed and the iMac used a direct tether to attach it to a VESA mount.

In later models however, a stand tether is required which keeps the stand attached and straps around it.

In the new iMac Pro, Apple has returned to the direct tether.