Where did I come from? 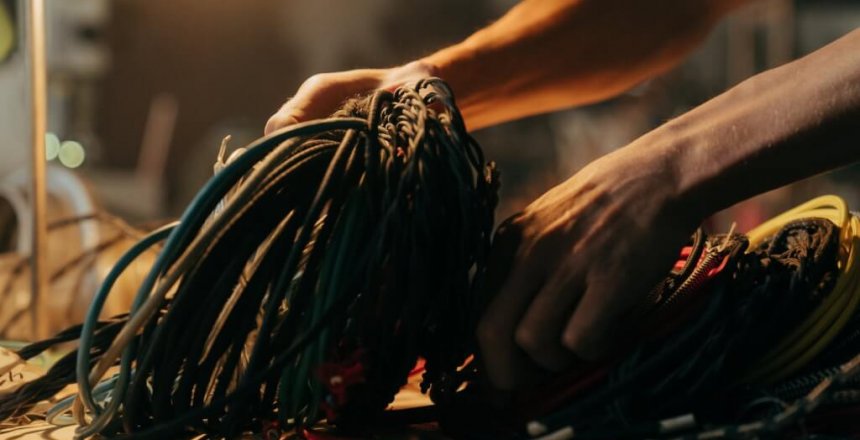 Life is funny, we have our ideas of what we want to be as children, grow and learn to become something and then go off on a tangent and become something else. Ian Botham wanted to be a ballet fancer when he was a kid, and became a cricketer instead.

I always wanted to do something with electronics or electrics growing up in an era that didn’t have computers. I read books on how high power electrics worked and how it is delivered to factories and homes.

In the past, people used to have to make circuits with individual components, which meant that everything had to be large and draw large amounts of power to do simple tasks.

The introduction of the transistor was an improvement for discrete electronics. Although integrated circuits were on the rise, the mathematics and formulaic theories were too much for me to cope with.

In June 1989, I completed a City & Guilds 224 in Electronics Servicing. Most of the processes used back then are outdated. Cotton and wire wrapping have been replaced by plastic cable ties because of the ease of use.

The bulk of electrical appliances have been simplified using cheaper integrated circuits. We live in a mostly throw away society, where people don’t have the skills or the patience to replace a simple blown component when they can buy a bigger TV.

How I ended up working with computers

In 1990, I was still working on a BTEC Electronics course in college, and found that since I’m paying for the course, I could customise it. I added computing units to the course, so by 1992 I had a combined BTEC Engineering course. In 1995, I had a lucky break in London and started working for Internet Service Providers in the City.

In that time I got my own computer, and from supporting users on different Windows and Apple platforms, I learnt how these operating systems worked.

In 2006, I took the plunge and started my own business.

One of the things I can pass on to others is never stop learning. During the lockdown, I’ve been looking at various projects that work with micro controllers to develop projects outside of the reach of computers, and how everything has been simplified now in the electronics world with integrated circuits and surface mounted components that are so small that you could lose them in a bag of rice.